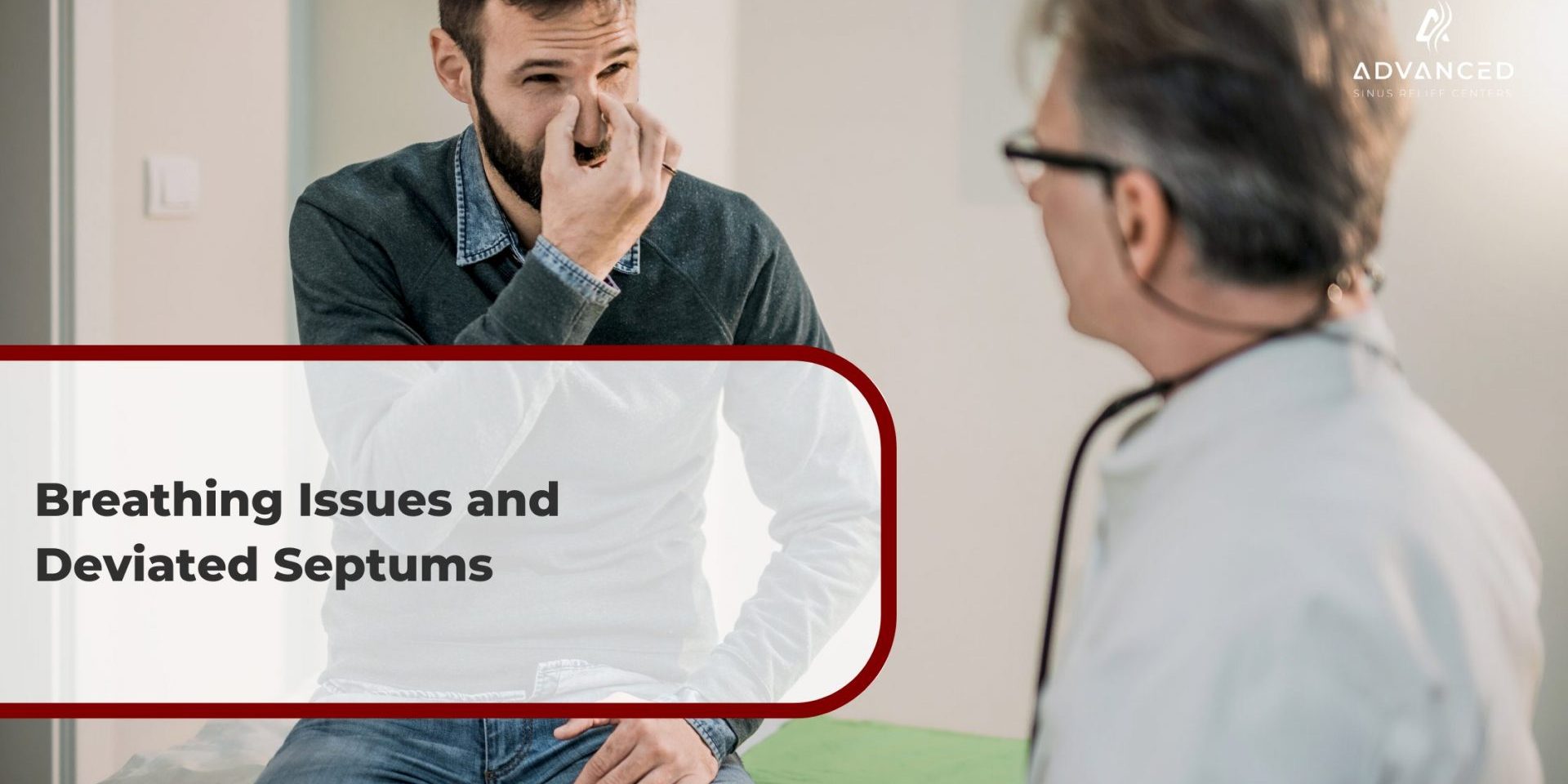 The way that air flows through the nostrils seems trivial, but it can affect how much oxygen you’re getting. When there is an obstruction of this air flow, it affects the whole respiratory tract. The most common type of obstruction is a deviated septum. The septum is the cartilage that separates the two nostrils. It can be malformed at birth, or be misshapen by an injury.

How a Deviated Septum Affects Breathing

A deviation in the septum changes the structural integrity of the nose. Without a strong central pillar, the nostril can have trouble staying open. It’s a subtle change, but prevents you from taking a full breath. A pronounced deviation can cause obstruction in breathing as well.

Deviated septums also exacerbate other breathing problems. Sleep apnea, for example, occurs when throat tissue prevents the larynx from opening. This prevents air from entering the lungs efficiently. Nasal obstructions make it harder to get the oxygen you need.

Another condition that a deviated septum contributes to is sinusitis. Sinusitis is inflammation in the sinuses that has many causes. The most common are infections and allergies. As the sinuses swell, mucus backs up and allows infections and inflammation to spread. Even as the cause of sinusitis is addressed, a deviated septum slows healing. Mucus can’t flow past the obstruction out of the nose, prolonging symptoms.

People with chronic sinusitis will have a harder time resolving their issues. Chronic sinusitis is a result of mucus backing up into the depths of the sinuses. Treating it requires mucus to drain so it can remove debris and microbes. Anything that prevents this drainage will make it impossible to fully treat sinusitis.

Since a deviated symptom is a structural problem, treatment options are limited. Medication and lifestyle changes can help manage obstructed breathing. For many people with mild deviations, this can be enough. However those with more severe misshaping, the best solution is corrective surgery.

The most common surgery for a deviated septum is a septoplasty. In a septoplasty, a surgeon reshapes the septum. The surgeon will lift the mucus membrane covering the septum. From there they can reposition the cartilage, or cut and replace it as needed. Then they will place splints to maintain the shape, which they remove after a week or two. The procedure is usually quick, only taking an hour at most. It can also be performed with either general or local anesthesia.

When to Talk to Your Doctor

A minor deviated septum can be managed or in some cases unnoticeable. More severe cases can quickly lead to difficulties breathing and worsening symptoms. Many people who have been living with symptoms for a while don’t realize the extent of their symptoms. For them, recurring infections, difficulty breathing, and sinus headaches are “normal”. It’s important to speak to an ENT if you’ve noticed any of these symptoms for long durations. They can help you manage symptoms and recommend surgery if they deem it necessary.